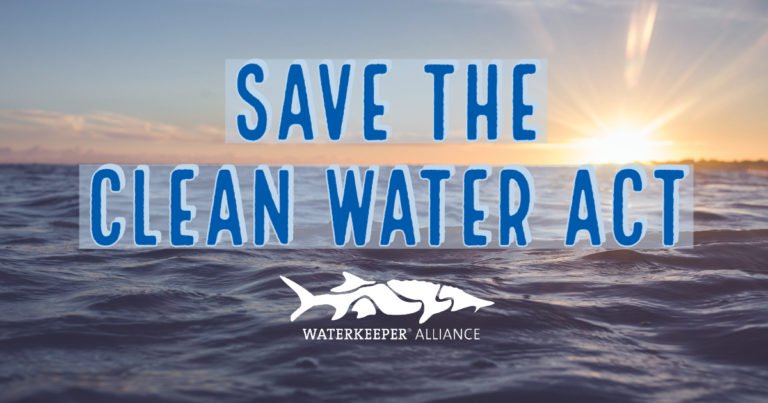 Save the Clean Water Act

The Environmental Protection Agency is asking for public comments on a risky, unprecedented proposal dismantling the Clean Water Act, America’s bedrock environmental protection that protects your rivers, lakes, creeks, and skinny waters! Read up on our previous blog post about the “Waters of the U.S. Rule.”

When you hear that there are laws like the Clean Water Act that protect our waterways, you might think those laws apply to, well, all our waterways. But in fact, throughout the 21st century there have been constant attempts by polluting industries to change what the very definition of what a waterbody is in order to open more land for dumping.

Essentially, these polluting industries, who have taken over control of regulatory agencies like the EPA, argue that any stream that doesn’t run 365 days a year shouldn’t count as a “water of the United States.”

The Clean Water Act gave us the legal framework to clean the nation’s waterways after decades of neglect had turned some of our rivers into flowing dumps of flammable trash, chemicals, and debris by the 1960s. And it gives any citizen the right to sue polluters to protect our waterways.

This proposal, if finalized, would be the largest dismantling of the Clean Water Act since President Nixon signed it into law in 1972. This proposal isn’t the typical back and forth of “rolling back” regulations passed by the previous administration; this is an absolute bludgeon taken to the original letter and intent of the Clean Water Act which has led to monumental improvements in water quality across the country over the past 45 years.

Please join us in fighting for the heart of the Clean Water Act by filing a comment opposing this rule.

This blog post was written by Justinn Overton, Executive Director