Learn about access points, waterside eats, boat ramps, fish consumption advisories, outfitters, and where we monitor water quality on the each of the lakes on the Coosa.

The Coosa Valley, rich in aquatic biodiversity and natural beauty, is one of the most developed rivers in Alabama – The River State.

From its headwaters in Georgia and Tennessee, the Coosa flows to Alabama where a series of impoundments cover the magnificent shoals that so famously dominated the Coosa in the steamboat era. Those impoundments created six large lakes, Weiss, Neely Henry, Logan Martin, Lay, Mitchell & Jordan, that are a major part of life on the Coosa and where tens of thousands of people live in lake homes, fish and swim.

Journeying down the river, from beautiful Lookout Mountain, past Talladega National Forest, and just past the “rumbling water” of Wetumpka, the river takes on a new name, the Alabama. From there, the Alabama River flows on to Mobile and the Gulf of Mexico. 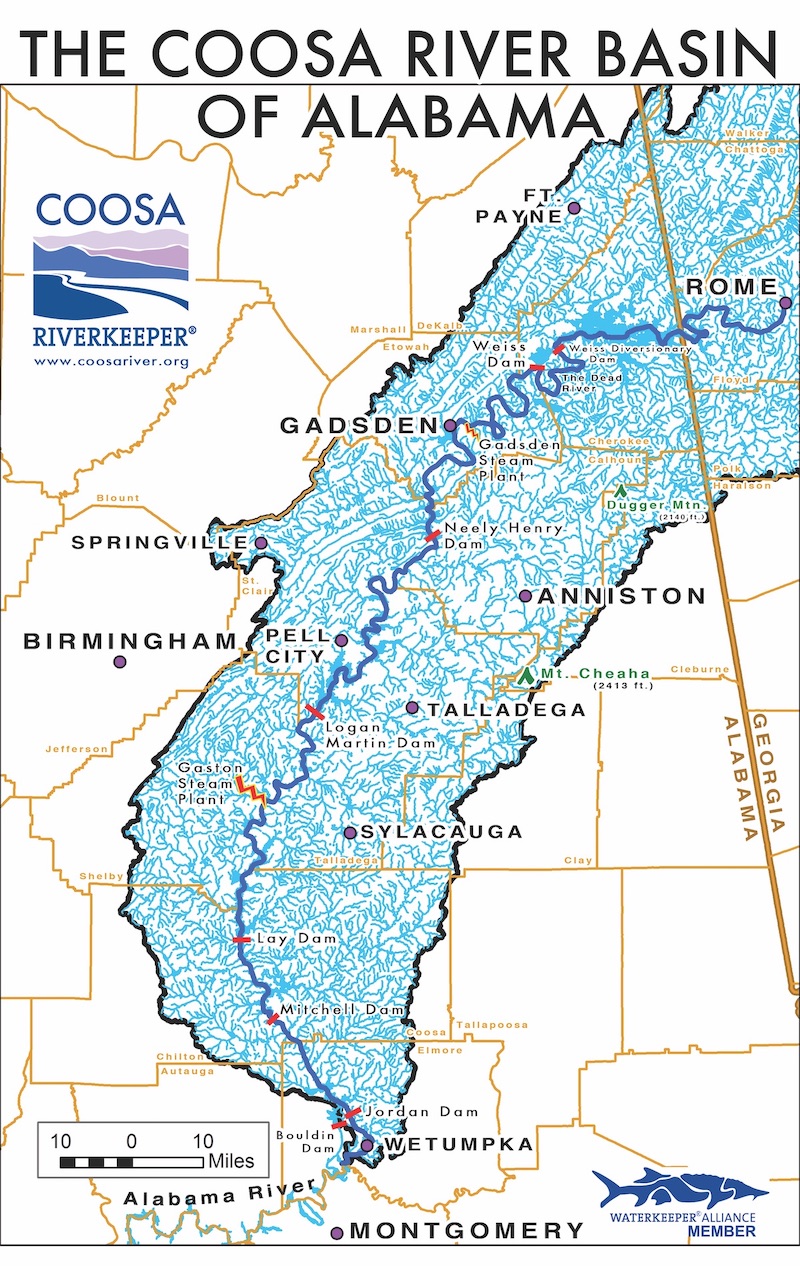 The Coosa Valley is steeped in history, having been ruled by both the Muscogee (Creek) and Cherokee while being claimed, alternately, by the Spanish, French (who considered the Coosa and Alabama Rivers the “key to the country”) and British. The United States then took up arms to defend the Native Americans claims to the Coosa, before eventually forcing them out to claim it as their own, making the natives walk the Trail of Tears before allowing them back onto reserves. The riverboat era and decades of King Cotton that followed were a way of life that inspired the creation of Popeye the Sailorman.

A River Has a Mouth, But No Voice

A River Has a Mouth, But No Voice

Unfortunately, the impoundments, which created the lakes that hold a special place in our hearts, also changed stream ecology to lake ecology, killing dozens of species that once thrived in the shoal habitat but could not survive in deeper, slower waters. As the most aquatically biodiverse sub-watershed of the Mobile River Basin, which is the fourth largest basin in the country in terms of streamflow, the Coosa Valley deserves protection from threats that could further degrade its remarkable character.

On June 2, 2010, the national non-profit organization, American Rivers, rated the Coosa as the tenth most endangered river in the United States. The main threat determined was hydropower dams. 36 species were pushed into extinction when Alabama Power impounded the river for hydroelectric power in the 20th century. According to the Center for Biological Diversity, this is the greatest modern extinction event in the history of North America. Historically, the river was habitat for 147 species of fish, 91 species of snail (82 endemic, 34 total extinct), and 53 species of mussels (11 endemic, 6 extinct, 5 of which were endemic). 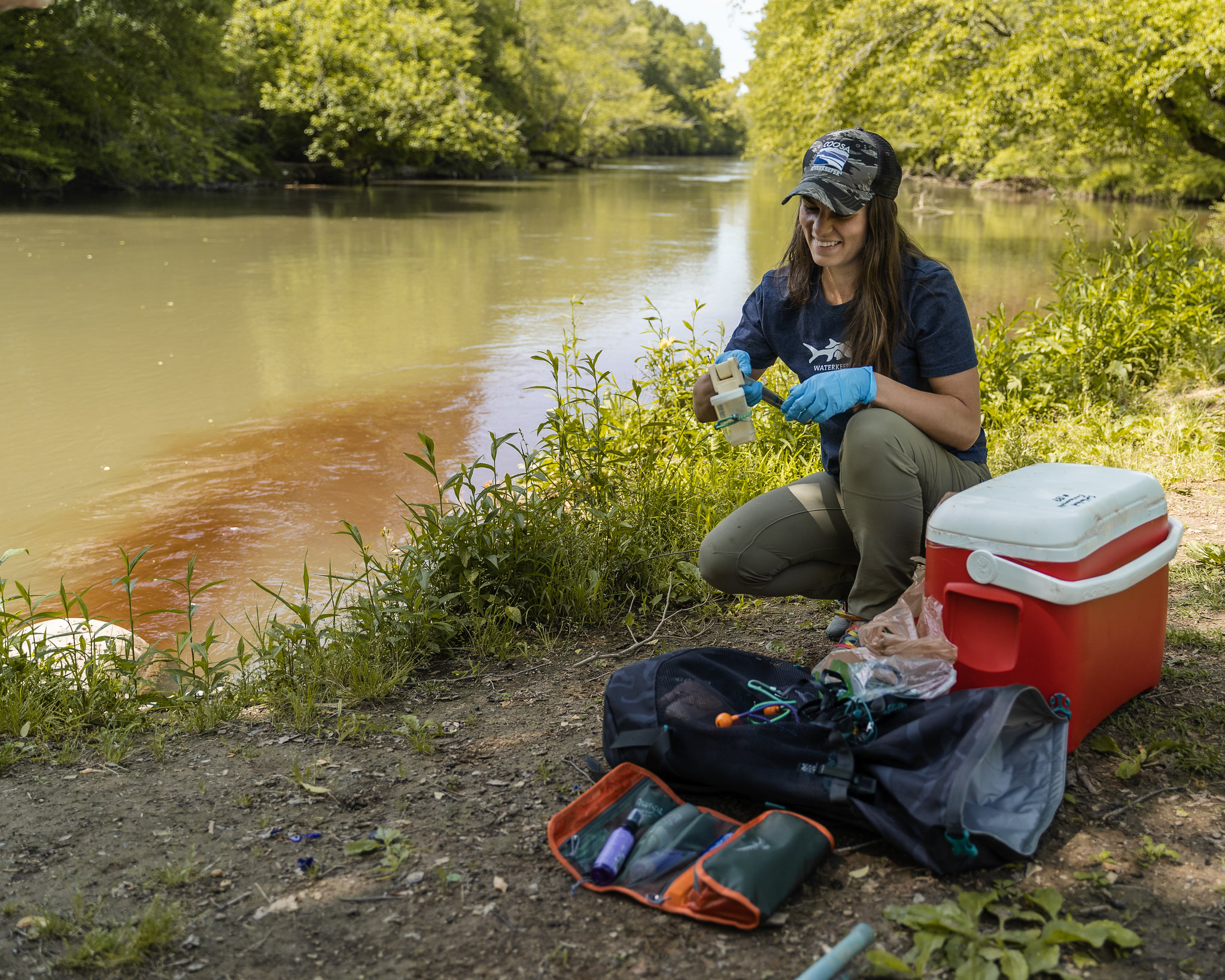 Why We Dare To Defend This River