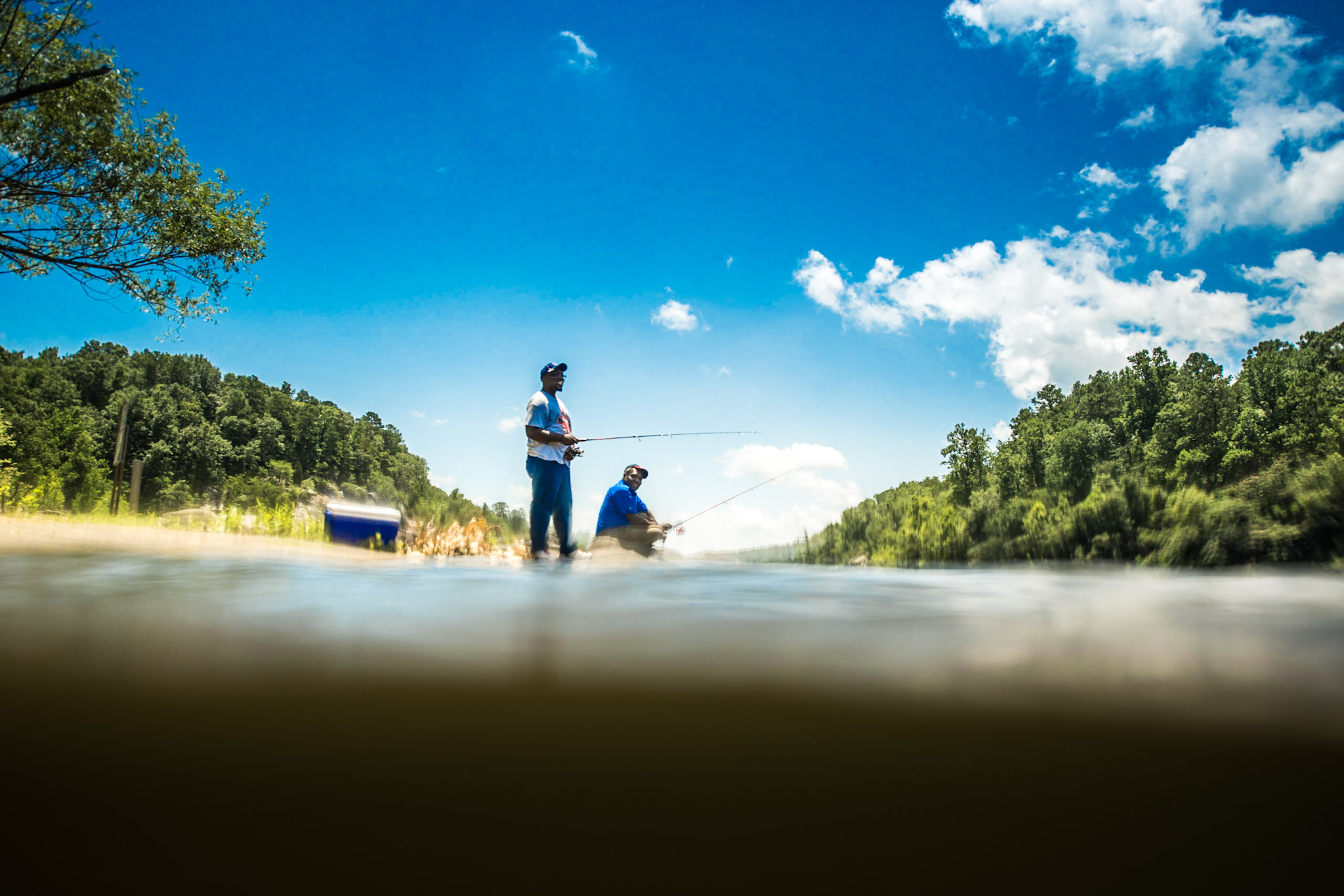 Impacts of Mercury on Your Catch

There are two major steam plants on the Coosa in Alabama. The Ernest C. Gaston Steam Plant in Wilsonville on Lay Lake. The Gadsden Steam Plant in Gadsden on Lake Neely Henry burns natural gas. When any plant burn fossil fuels, mercury is released into the atmosphere falls with rain/dust, and then enters the food chain… don’t get me started on the impacts of Alabama Power’s coal ash ponds that are contaminating groundwater AND sitting next to the Coosa River upstream from two major drinking water intakes…

These steam plants and their relationship with mercury:

How Mercury Winds up into Fish Tissue

Atmospheric deposition of mercury (explained in the infographic below) is a leading cause of fish contamination on the Coosa River and every single river in Alabama, The River State. 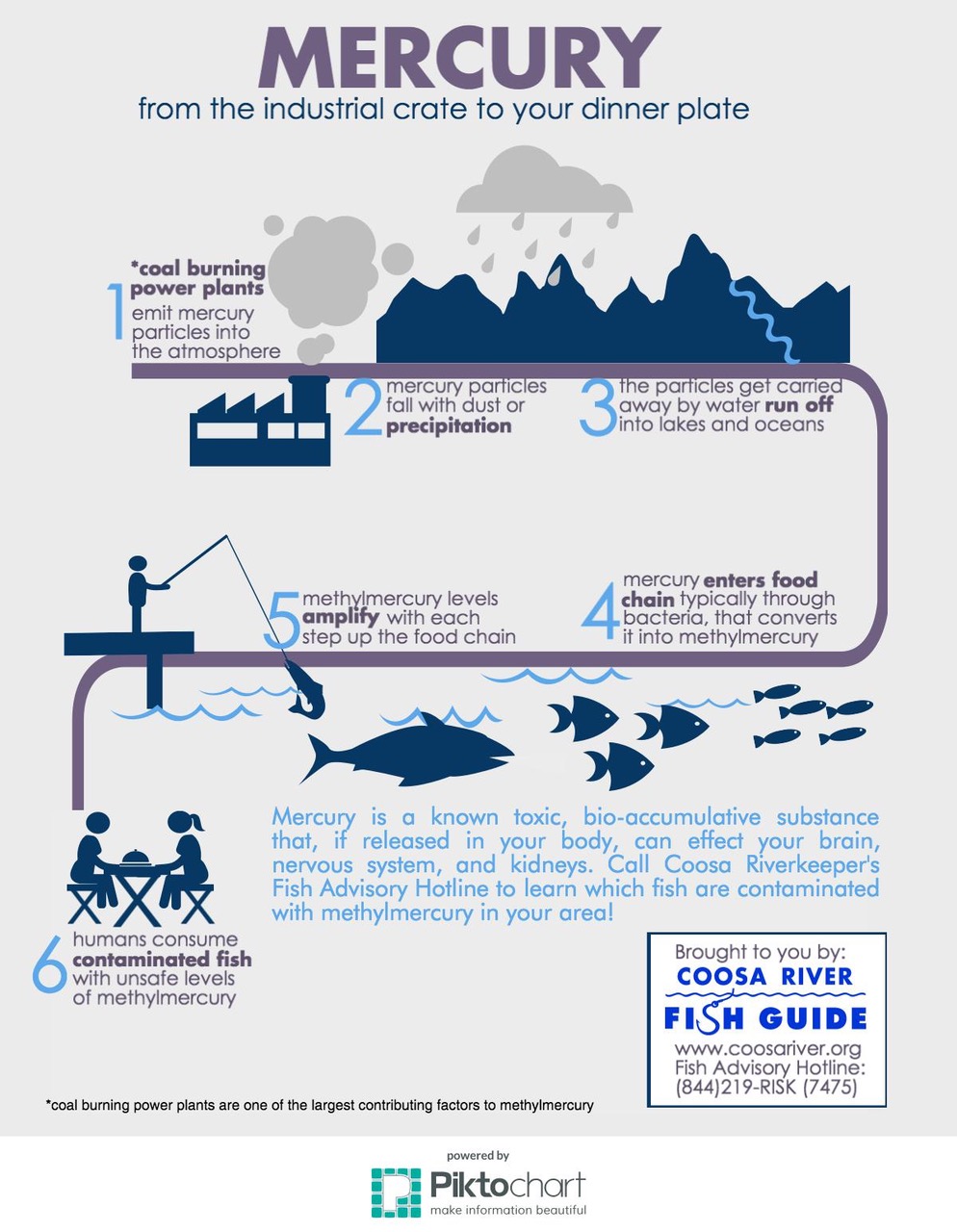 How Mercury Impacts Your Health

It is an neurotoxin.

When methylmercury is present in fish tissue, it can cause damage to your nervous system, kidneys, and lead to heart disease.

Women who consume fish with mercury before/during pregnancy increase their risk for developmental issues in their children.

Portions Matter when it comes to Mercury!

For fish consumption advisories for mercury, it doesn’t matter how you prepare your catch or how you cook it. Mercury is stored in the fish tissue so you there is not much you can do you reduce your exposure… except for following the advisories themselves and maintaining the recommended portion (the size of a deck of cards)!