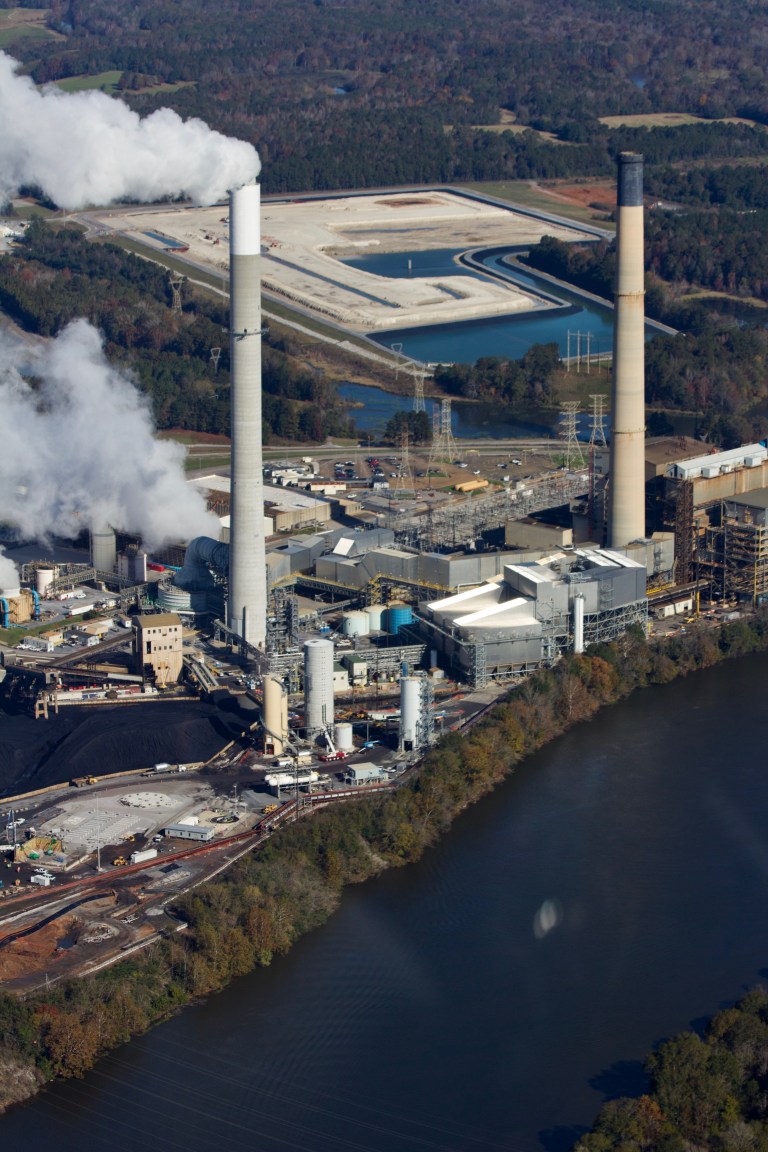 Clean water is vital to a healthy lifestyle, good coffee/beer/sweet tea/lemonade, and good times for the many who enjoy swimming, fishing, and boating. But y’all, we have a problem and it’s name is coal ash .

So, what is coal ash?

Coal ash is the toxic waste that remains after coal is burned. It contains contaminants and heavy metals like mercury, arsenic, selenium, chromium, and arsenic. Without proper management and disposal, these contaminants can pollute waterways, ground water, drinking water, and the air and ultimately your ability to swim and fish on that waterway— not to mention the public health effects of the contamination. Coal ash is one of the largest types of industrial waste generated in the U.S. with nearly 140 million tons produced in 2014 alone. 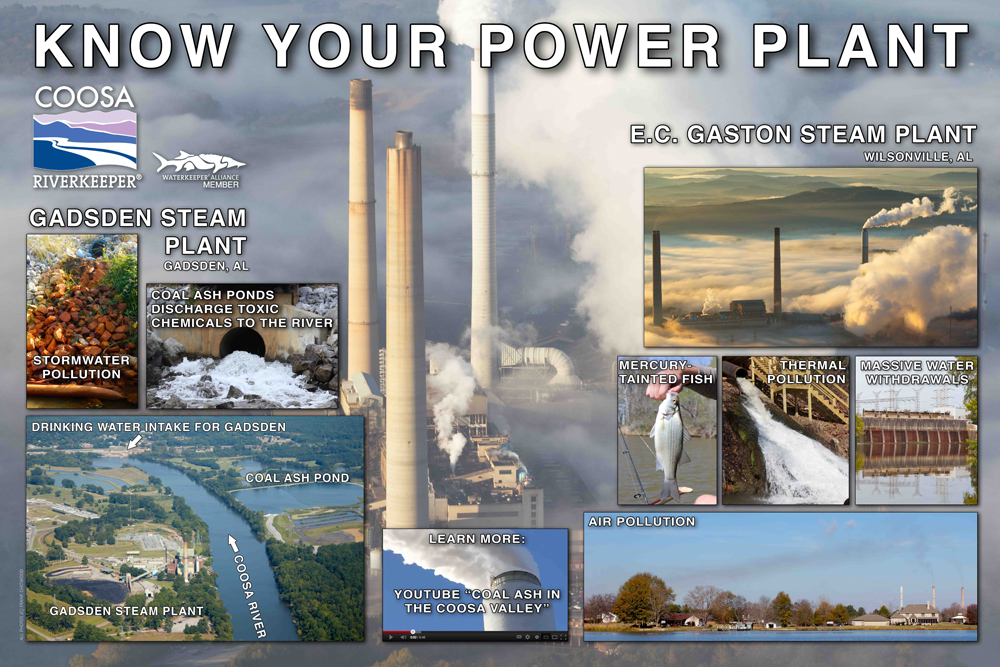 Gadsden Steam Plant on the Coosa River is located upstream from a drinking water intake on Lake Neely Henry.

The coal ash pond was one of the first coal ash ponds to close. It was left on the banks of the river in September 2018. Alabama Power claims this method of “cap and place” is completely safe way to deal with this toxic sludge.

Last week, Alabama Power was fined $250,000 by Alabama Department of Environmental Management for groundwater contamination at 18 wells around the site. Elevated levels of arsenic was found at two areas and one area had elevated radium. Alabama Power claims the presence of the coal ash “has no indication of any effect on any source of drinking water.”

The Gaston Steam Plant is located upstream from a drinking water intake in Shelby County on Lay Lake.

Alabama Power announced last year they planned to leave the coal ash and gypsum pond on the Coosa River. So, there’s still time for Alabama Power to do the right thing and remove the toxic waste off the river…

Last year, the Alabama Power Company released groundwater monitoring data for the Gaston Steam Plant in Wilsonville to the public for the first time. The disclosures, totaling over 2,500 pages, indicate that both the coal ash pond and the gypsum pond (areas where waste is stored) are leeching into groundwater. Simultaneously, the Alabama Department of Environmental Management announced it would fine Alabama Power $250,000 for this contamination at Gaston. Radioactive compounds in a monitoring well near the Coosa River were consistently between three to four times greater than the Maximum Contaminant Level (MCL) that is considered safe for drinking water.

GET THIS ASH OFF OUR RIVER… TAKE ACTION!

We firmly believe that leaving the ash to sit in an unlined pit and pollute the nearby groundwater for decades to come is irresponsible. This decision conflicts with other utilities in the Southeast. Alabama Power’s own data shows that the cap in place of dealing with coal ash will not cut it.