This Jack Knows How to Catch a Fish

This is Jack. Jack is only eight years old but on June 1st he won the YakAttack Best Bass (see picture below) and Alabama Outdoors Best Young Angler awards at our 2013 Logan Martin Open of the Coosa Canoe & Kayak Fishing Tournament, embarrassing nearly 30 grown men in the process.

The Coosa Canoe & Kayak Fishing Tournament provides the opportunity for young anglers like Jack and their families to connect with the Coosa and one another while creating lasting memories and learning lessons in conservation. 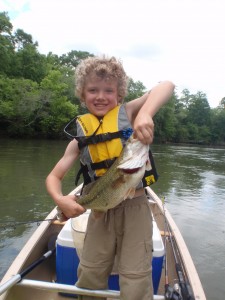 We caught up with the young fishing phenom at school one day. Here’s what he had to say…

Coosa Riverkeeper: How long have you been fishing?
Jack: Ever since I was two or three.

CRk: Tell us about how you caught that huge bass.
Jack: It was a crazy bass. First thing I said was my line was hung on the bottom [of Choccolocco Creek] and then it swam to the under the bottom of the boat and jumped on the other side. When I got it into the boat, I knew it was a good fish… longer than any fish Dad caught that day! Paul (Jack’s Dad) added: He had never netted a fish before. This fishing tournament was the invite we needed to experience the Coosa. I enjoyed this experience with my son and I’m thankful for Coosa Riverkeeper and the sponsors for putting on this event.”

CRk: Who is the person, dead or alive, you’d like to most fish with?
Jack: Bill Dance.

CRk: If you could say anything to polluters what would you say?
Jack: STOP! (for the record, he yelled it so loud it startled us)

Now, try to guess what Jack wants to be when he grows up? A professional bass fisherman. He’s already looking into scholarships! He’s off to a good start as he placed 6th overall in the BlackJack Lands Angler of the Year. That’s the highest score of any competitor fishing in only two stages! and his father Paul? He finished 4″ behind Jack in 7th. 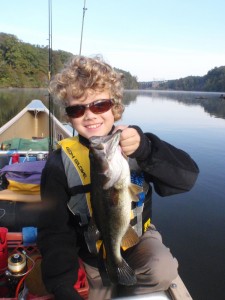 Jack hoists a nice Spotted Bass below Jordan Dam at the 2013 Coosa Classic. 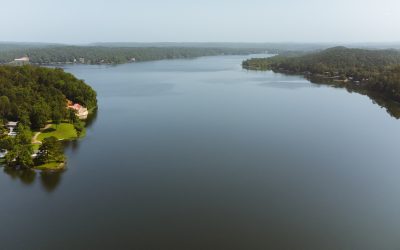 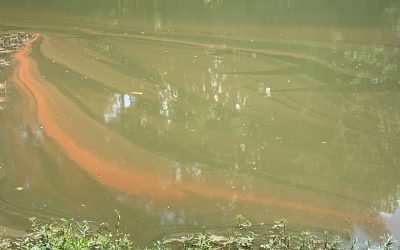