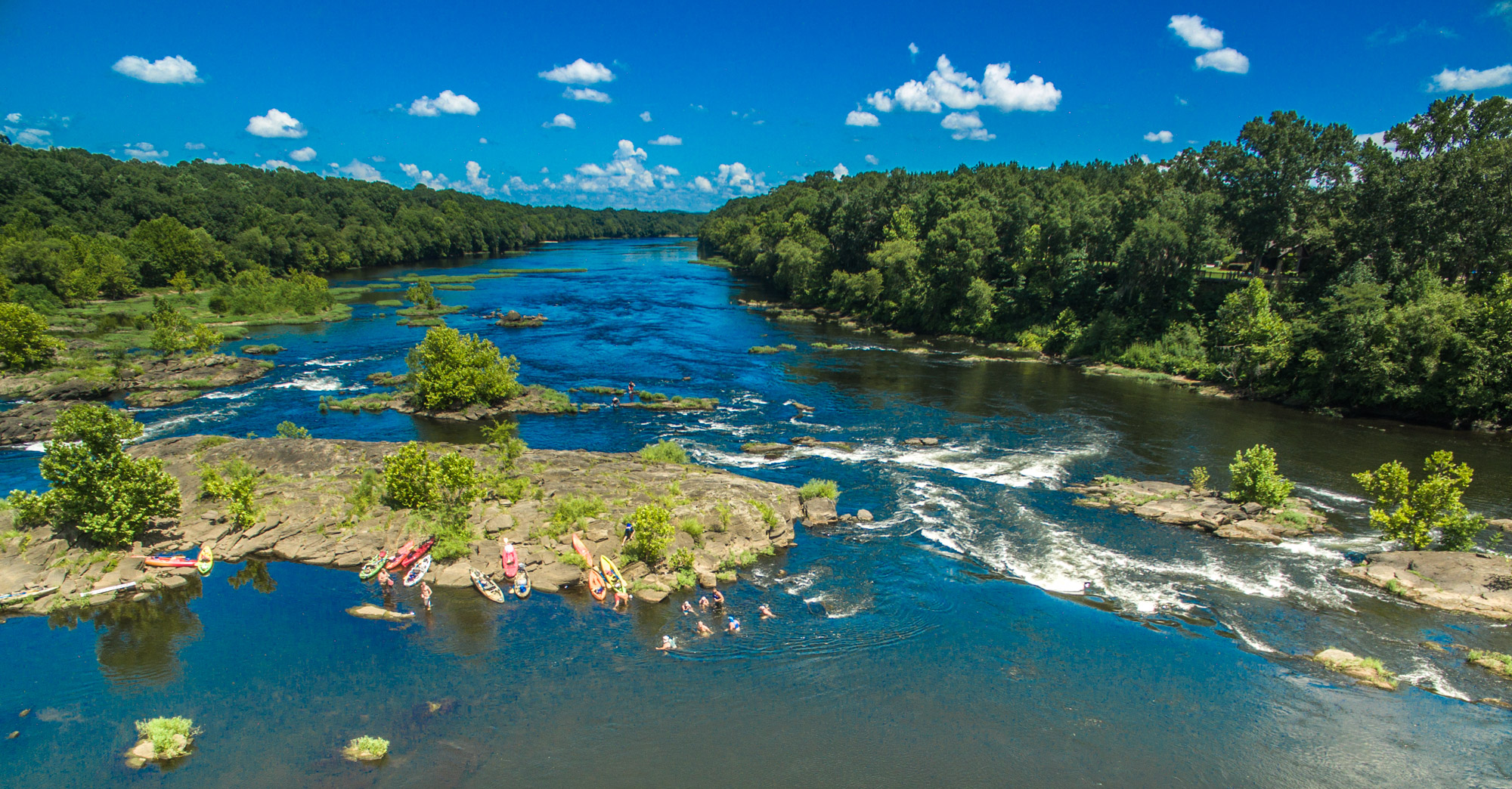 Millions of tons of chicken feces from billions of chickens is a major threat to the Coosa River’s drinking water supply and overall ecosystem health. The waste is spread on fields, and massive industrial poultry farms discharge their wastewater into municipal sewer systems that are crumbling, where permits are inadequate to protect water quality if they are even enforced at all. Local governments favor industrial operators over the health of Black and low-income communities, forcing them to suffer the consequences of inadequate enforcement.

“America’s Most Endangered Rivers is an urgent call to action. This pollution threatens people and nature and could lead to more dangerous toxic algae outbreaks. Now is the time for everyone who cares about public health and a clean Coosa River to speak up,” – Ben Emanuel with American Rivers.

“The unfortunate intersection of heavy nutrient pollution and frequent sanitary sewer overflows leaves the communities and families who live, work and play along the Coosa River vulnerable to the potential of harmful algal outbreaks and a variety of water-borne illnesses, Alabamians deserve to have state regulatory agencies who protect water quality, enforce permit limitations and issue heavy fines.” 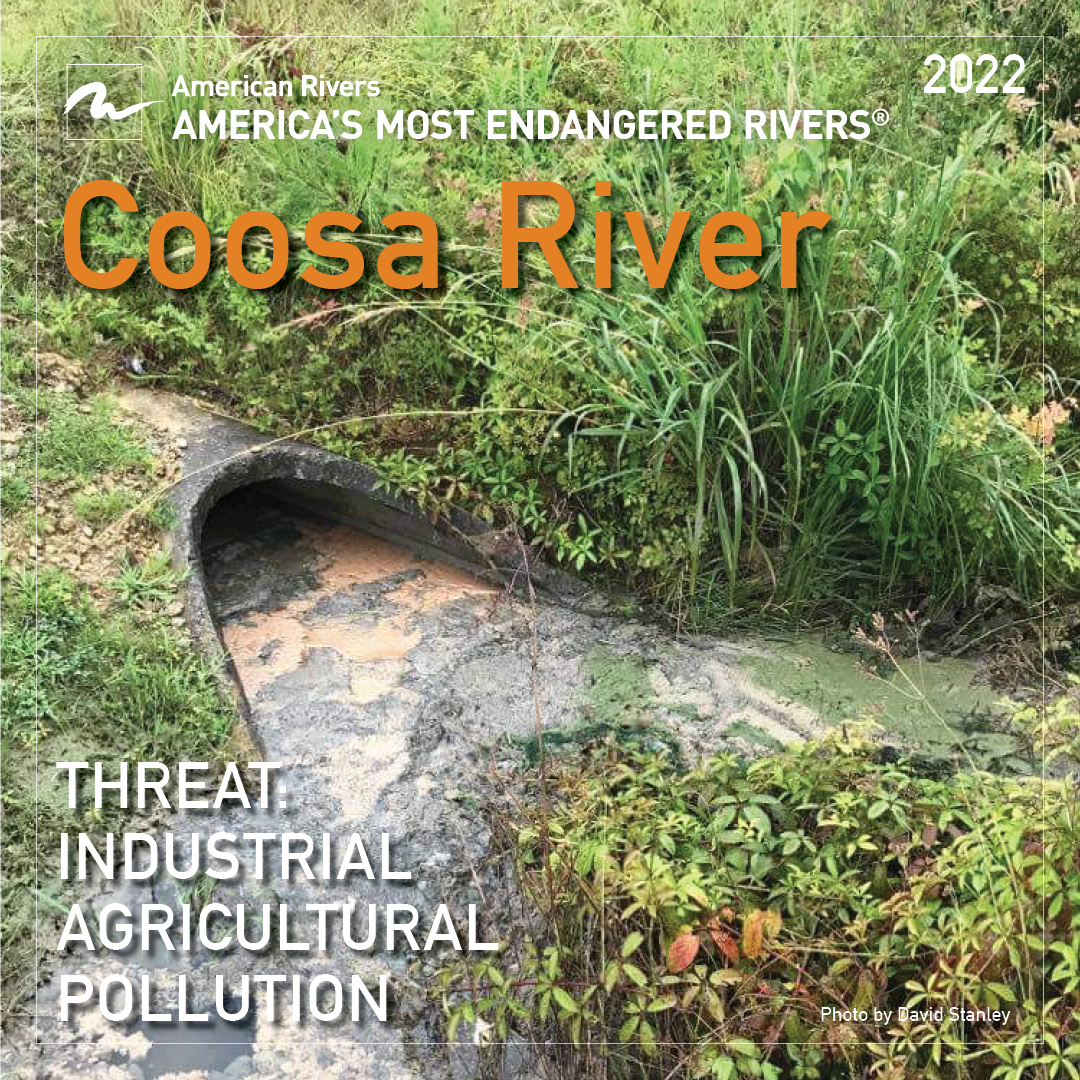 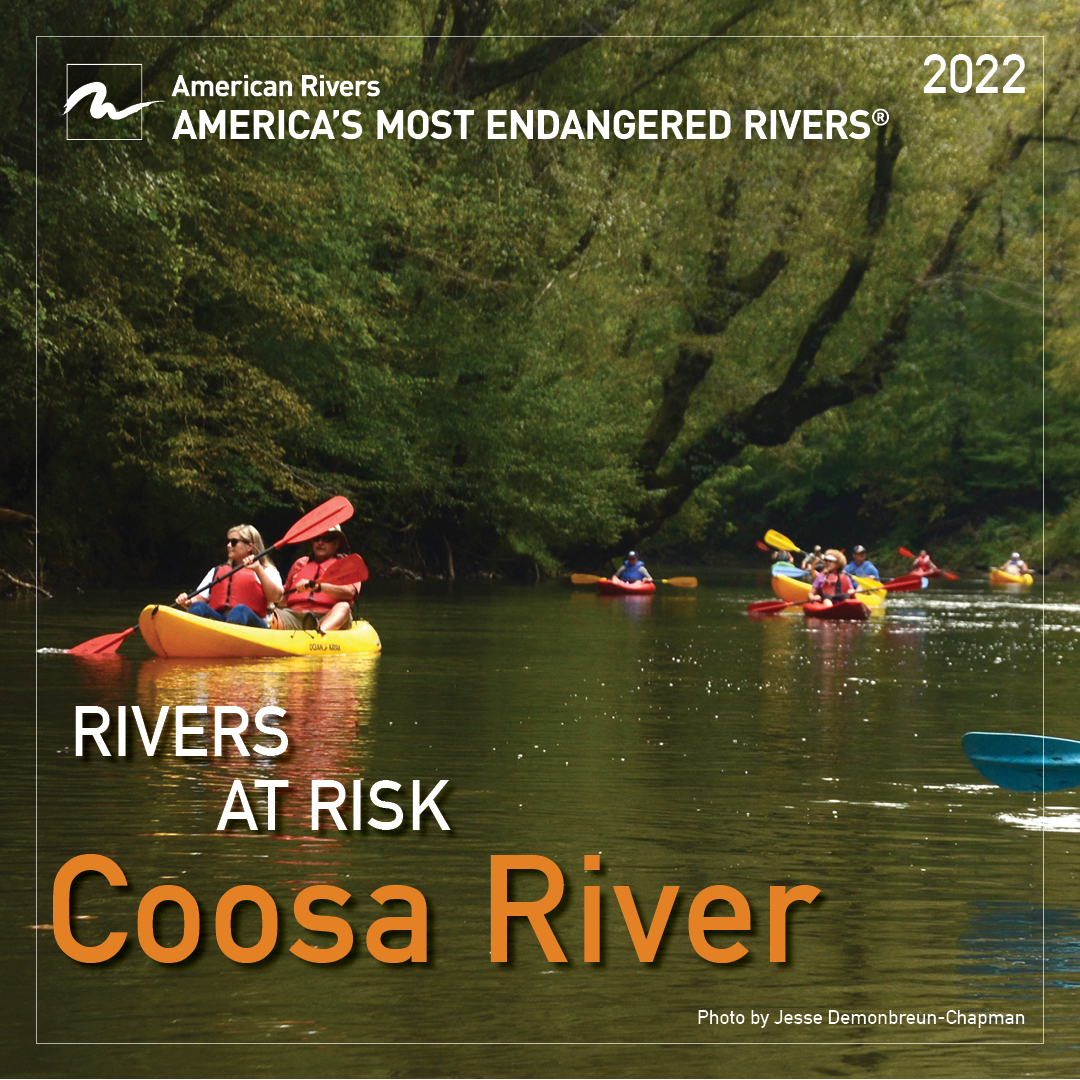 “The Coosa River basin is a remarkable place and deserves robust protection from nutrient pollution. We can’t solve this problem without collecting region-wide data on how nutrient waste is being distributed, and EPA Region 4 is uniquely positioned to collect that data,” says Jesse Demonbreun-Chapman, Executive Director & Riverkeeper at Coosa River Basin Initiative.

The Etowah and Oostanaula rivers join to form the Coosa River in Rome, Georgia. From there, the Coosa River flows 280 miles through Alabama supporting one of North America’s largest and most significant biodiversity hotspots and helps form the Alabama River, then the Mobile River, before flowing into the Gulf of Mexico.

The annual America’s Most Endangered Rivers report is a list of rivers at a crossroads, where key decisions in the coming months will determine the rivers’ fates. Over the years, the report has helped spur many successes including the removal of outdated dams, the protection of rivers with Wild and Scenic designations and the prevention of harmful development and pollution.

The Coosa River previously appeared on this list in 1999 and 2010. The Mobile River is also listed as endangered this year due to toxic coal ash pollution. Other rivers in the region listed as most endangered in recent years include the South River and Turkey Creek (2021), Big Sunflower River (2020 and 2018), Okefenokee Swamp and St. Marys River (2020) and Apalachicola, Chattahoochee and Flint rivers (2016).

American Rivers reviews nominations for America’s Most Endangered Rivers from local groups and individuals across the country, and selects rivers based on three criteria: 1) the river’s significance to people and wildlife, 2) the magnitude of the threat to the river and communities, especially in light of climate change and environmental justice, 3) a decision in the next 12 months that the public can influence.

American Rivers believes a future of clean water and healthy rivers for everyone, everywhere is essential. Since 1973, we have protected wild rivers, restored damaged rivers and conserved clean water for people and nature. With headquarters in Washington, D.C., and 300,000 supporters, members and volunteers across the country, we are the most trusted and influential river conservation organization in the United States, delivering solutions for a better future. Because life needs rivers.