Last Friday, a federal court ruled that Coosa Riverkeeper and the Southern Environmental Law Center can proceed with claims against the Oxford Tull C. Allen Wastewater Treatment Plant on Choccolocco Creek. In response to a motion to dismiss filed by the Oxford Water Works and Sewer Board, the U.S. District Court for the Northern District of Alabama rejected arguments that the case should be dismissed and ruled that the conservation groups could move forward with claims pertaining to the Oxford Plant’s discharge of high levels of E. coli, chlorine, and unpermitted discharges of formaldehyde into Choccolocco Creek. Coosa Riverkeeper monitors Choccolocco Creek for its popular Swim Guide program approximately one mile downstream of the Oxford sewer plant and has issued water quality alerts for E. coli in 4 of 9 weeks this summer.

“It is unacceptable for the Oxford Plant to shirk its responsibilities and put the burden of unchecked pollution on its citizens,” said Coosa Riverkeeper Frank Chitwood. “Clean water is especially critical during this time of year when so many families and visitors view Choccolocco Creek as a destination spot for swimming, tubing, paddling and fishing. No one should have to worry about whether they might get sick from simply enjoying this special waterway.” 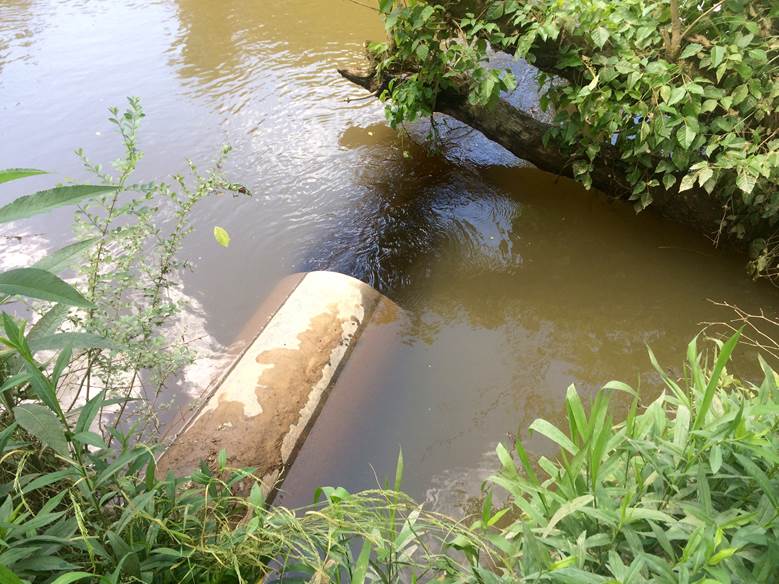 “We are very pleased with the Court’s ruling, which underscores the gravity of the violations at the Oxford Plant—these are not small, insignificant issues caused by an occasional mistake or oversight,” said Sarah Stokes, staff attorney for the Southern Environmental Law Center. “After 25 years of violations at the Tull C. Allen Wastewater Treatment Plant, we cannot afford to allow history to repeat itself at the expense of clean water for the Oxford community.”

Sampling results taken by Coosa Riverkeeper have shown that the Oxford Plant has discharged extremely high concentrations of E. coli, some results showing levels hundreds of times greater than the permit allows. The Oxford Plant has also discharged high levels of chlorine, which can harm fish and other wildlife, and released unpermitted discharges of formaldehyde, potentially from Kronospan, a nearby fiberboard plant.

Read the Court’s ruling on the motion to dismiss.

In addition to the federal suit against the Oxford Water Works and Sewer Board, SELC and Coosa Riverkeeper have intervened in a state suit brought by the Alabama Department of Environmental Management (ADEM).