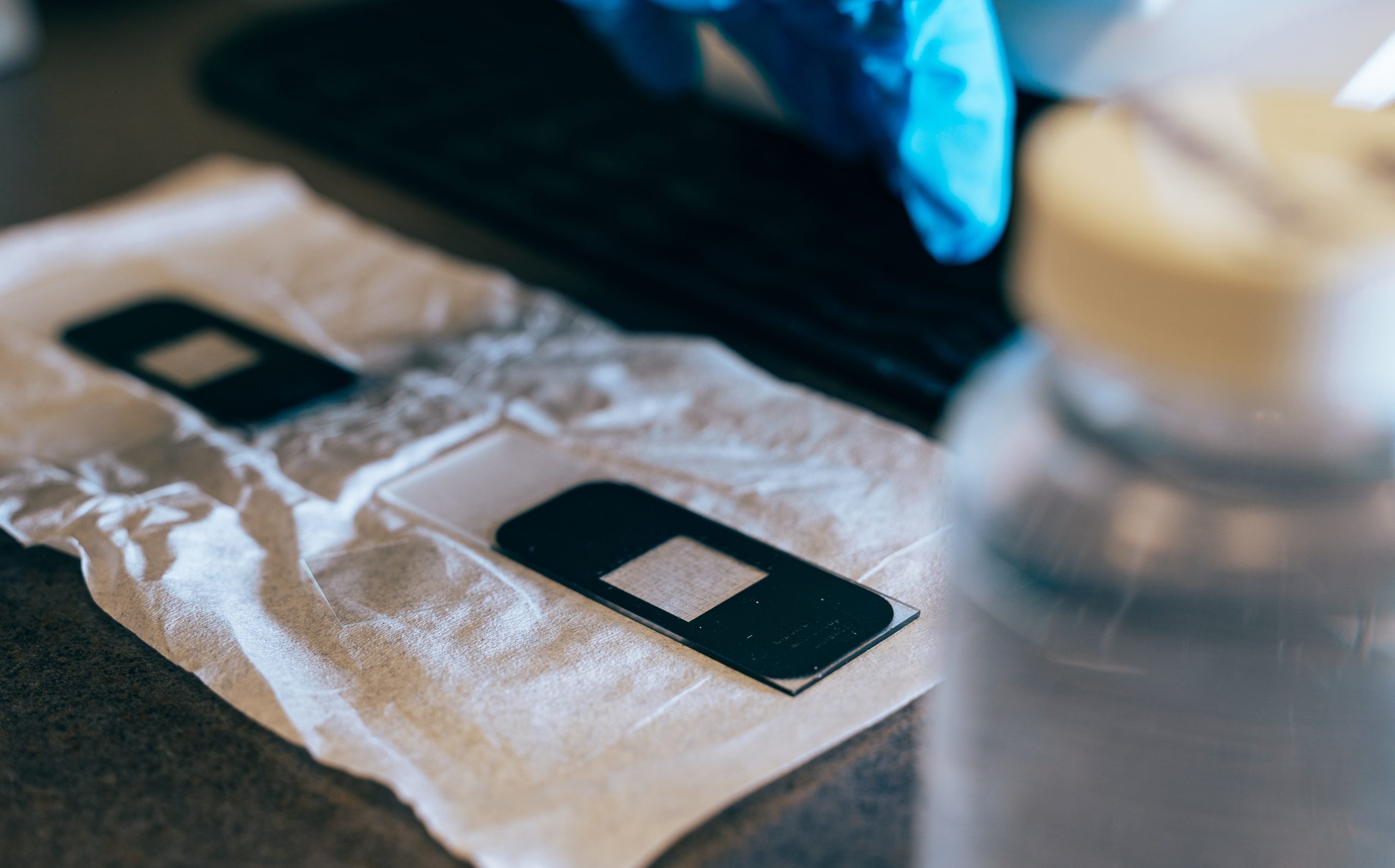 Algae, harmful algal blooms (HABs), and nutrient loading have been a hot topic as more adverse nutrient outcomes occur in our region, so let’s dive into this issue of algae and nutrients a bit more. 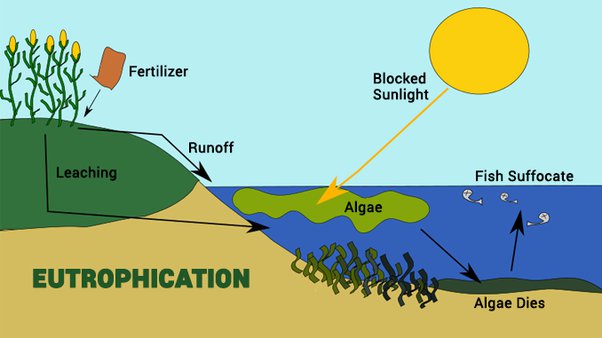 Caption: A diagram illustrating the process of eutrophication.

The Basics: How do nutrients cause algae and plant growth in a waterbody?

Just like us, waterbodies need nutrients to help them be healthy and sustain life. Nutrients are simply the chemicals that help organisms grow and thrive. Nutrient and mineral loading into a waterbody is natural and expected in moderation, such as from stormwater flowing into a creek after rain or natural plant decay.  However, when too much nutrients are added to a waterbody, it can cause algae and aquatic weeds to grow too excessively. This process of excess nutrient loading and overenrichment of the waterbody is called eutrophication. In freshwater systems like the Coosa, the primary nutrients to keep an eye on are phosphorus and nitrogen.

What are algal blooms and HABs?

Algae blooms are an overgrowth of algae and associated organisms caused by excess nutrients in a waterway. Effects from algae blooms can include creating oxygen-poor dead zones, producing extremely dangerous toxins that can be deadly, raising treatment costs of drinking water, and impacting the economy through loss of business and diminishing property values. Some blooms can produce dangerous toxins, but even nontoxic algal blooms can be detrimental to fishery health, water quality, and the local tourism economy.

When an algal bloom grow out of control and produce toxic or harmful effects on people, fish, shellfish, marine mammals and birds, it is a Harmful Algal Bloom (HAB). In freshwater ecosystems like the Coosa, cyanobacteria, or blue-green algae, are the organisms of concern sometimes produced by HABs that can produce extremely dangerous cyanotoxins. While algal blooms can often be seen by the naked eye, further testing is required to confirm if it is a HAB by testing for cyanobacteria and cyanotoxins.

Algal blooms can vary greatly in appearance and seriousness, as not all are harmful.  A waterbody experiencing an algal bloom may look scummy, foamy, have mats of algae, or look painted or dyed. Color can also vary from red to blue to yellow to green, depending on the nutrients and organisms involved. In freshwater systems, cyanobacteria blooms typically appear like vivid green paint, but can also vary greatly in appearance. As a rule of thumb, people and animals should avoid entering waterways that smell bad, look discolored, have lots of visible algae, or have dead organisms, like animals or fish, around the water’s edge. 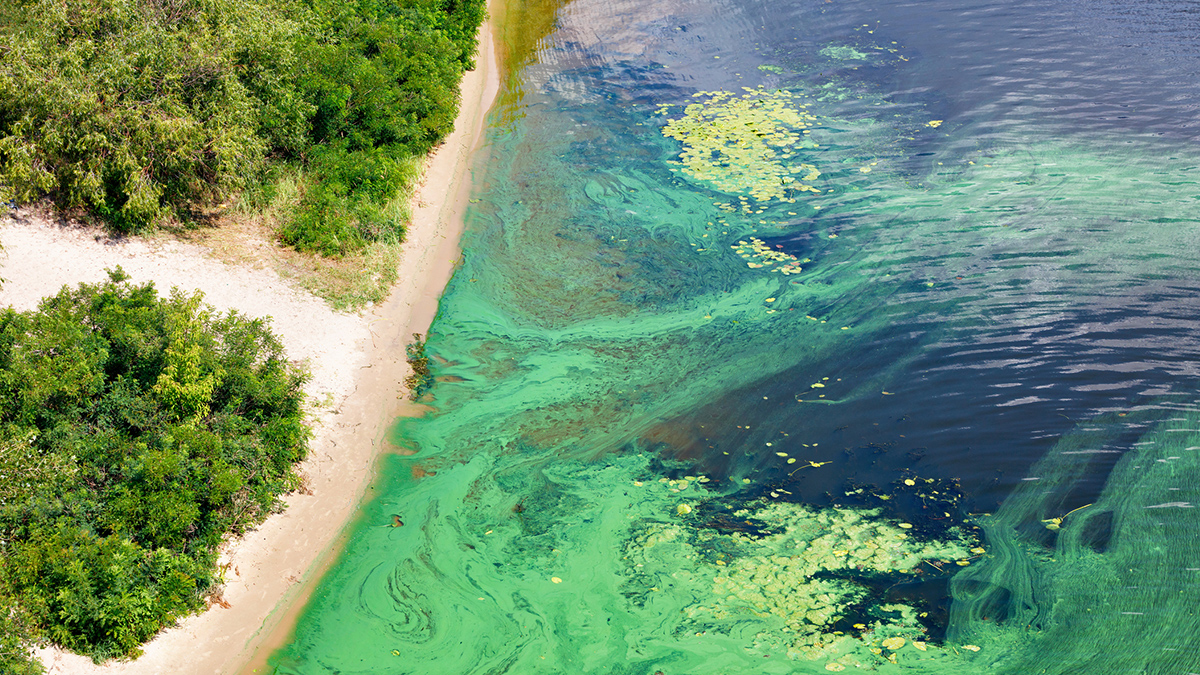 Caption: An example of a freshwater HAB in a lake, provided by the Centers for Disease Control and Prevention (CDC).

How we monitor for nutrients and algae:

As HABs and eutrophication become emerging issues within the Coosa River watershed, Coosa Riverkeeper has added algae and nutrient monitoring to our arsenal of water quality monitoring weapons. To monitor for HABs and cyanotoxins, algae sampling and identification will be conducted at locations with high potential for harmful algae growth on the Coosa River lakes. To track nutrient issues, dead zones, and potential fish kills, water chemistry testing will be conducted through normal Swim Guide sampling. These in-house efforts will be supplemented as needed by sending samples to the Wilson Lab at Auburn University or the NOAA Phytoplankton Monitoring Network for advanced testing.