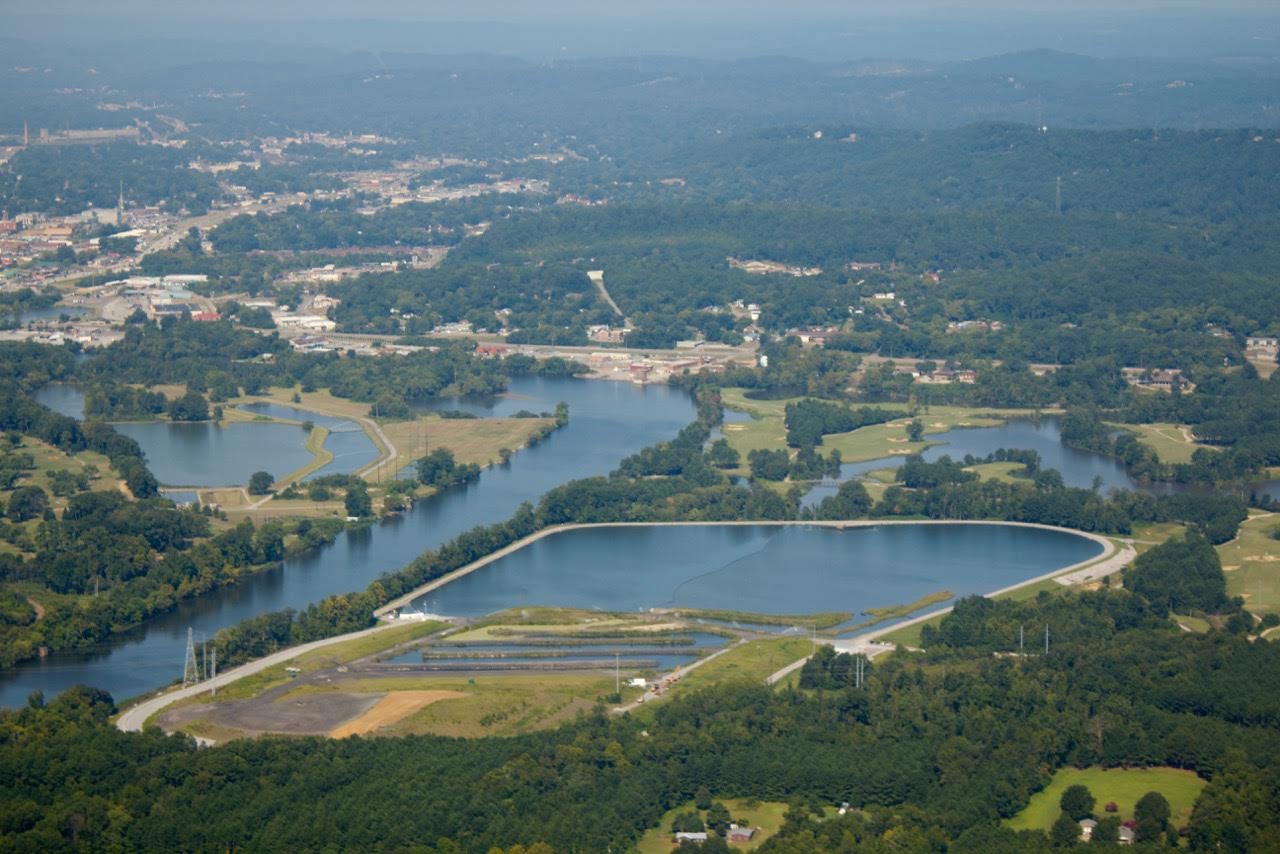 If Alabama Power is allowed to leave their toxic coal ash on the banks of the Coosa River they are not just jeopardizing public health or the river- they are jeopardizing with an entire local economy that thrives around the lake. 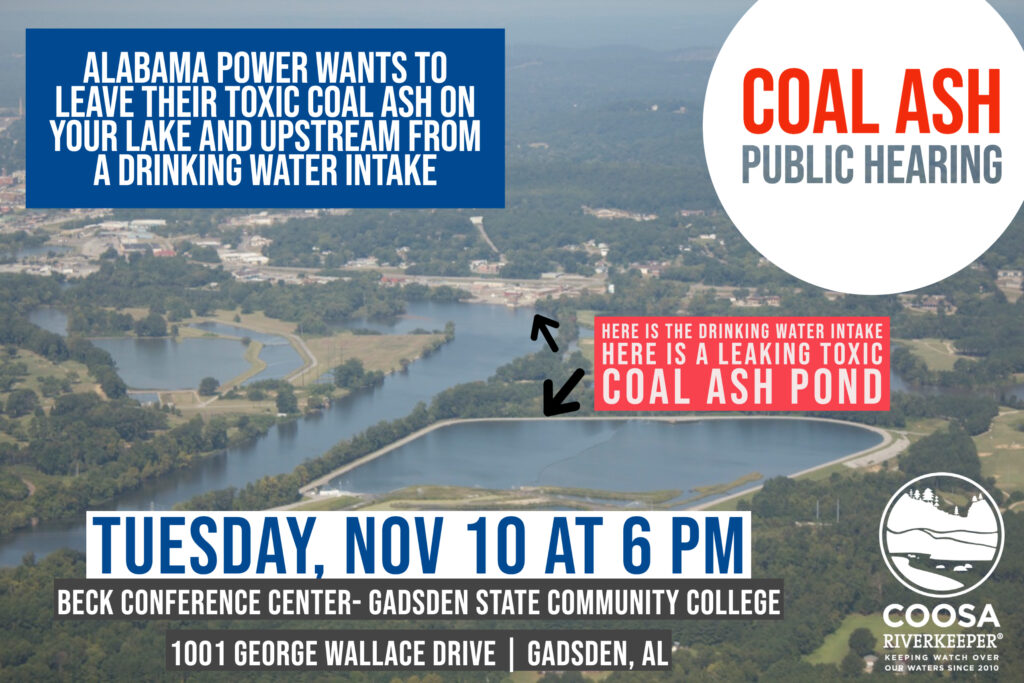 The Gadsden Steam Plant Coal Ash Pond was the first coal ash in the state to close in 2016 . The process consisted of dewatering the pond,  grading the surface of the ash, shaping the toxic pit, and then placing the icing on top- ClosureTurf. In 2018, Alabama Power released their own groundwater data showing statistically significant amounts of Arsenic, Lithium, Boron, and Chloride. Since then, citizens across Alabama, The River State, have loudly expressed their disgust for the the utility’s ability to rationalize that leaving their leaking toxic coal ash ponds on OUR rivers is the only option to deal with the toxic byproduct of burning coal.

Alabama Power created this problem when they began disposing of a highly toxic waste in unlined pits across Alabama right next to our rivers and reservoirs in order to save money.  The utility claims there isn’t “an easy or cheap fix for a big-time problem.” But there is a well-established, straightforward fix for Alabama’s coal ash problem, one that has been implemented in North Carolina, South Carolina and Georgia, and soon will be in Virginia and Tennessee: excavation and removal of the coal ash to modern, lined landfills away from water. In Gadsden, removal of this ash, is the only proven, long-term solution that we know will protect the Coosa River, local drinking water supply, and the families who fish, swim and boat along this iconic waterway, as well as the businesses and communities that rely on clean water.

Regardless of the legal requirements in this permit, nothing changes the facts. The Gadsden Coal Ash pond is leaking contaminants and sits .6 miles upstream from the Gadsden Water Works and Sewer Board drinking water intake that provides drinking water for thousands of people.

The close proximity to a public drinking water supply should immediately cause ADEM to pause and re-evalute cap in place methodology given the Gadsden pond has groundwater violations “higher than permit level.” It seems that ADEM defines “high” for arsenic means 10,000% (100x) the legal limit and radium at 50% greater than allowed.

Ashes to Ashes
a short doc about coal ash in Alabama

A small community in Northeast Alabama. A mayor whose town sits on the river’s banks. A businessman in the Mobile Bay. All of these communities are impacted by coal ash in Alabama.

Coal Ash, a pollution by-product of burning coal, is impacting communities across Alabama. Billions of tons of ash are stored in unlined pits alongside our rivers and stream causing harmful pollution such as mercury, arsenic, and many other heavy metal to be dumped into our rivers, lakes, and bays where we fish, swim, and drink. This film tells the grim story of coal ash in Alabama and what you can do to call on the electric utility companies to become leaders by cleaning up the pollution they have created.